Kind of like Shark Week only milder…and there are no sharks…sharks are cool.

Orphans are not.   Well, their parents are not.

The orphans themselves are actually quite cool.

Me and my bad-assy friends are orphan magnets.

Badasses are really marshmallows on the inside.

Cali showed up on the deck during a snow storm and never left.  I couldn’t bear to see someone else take her after caring for the pitiful little thing.  Not so pitifully malnourished now, huh…

Then came little Lexi into our lives after being dumped at a shelter because she was “too needy” and has a 3rd ear.  You get used to the little tuft of extra fur behind her right ear, it’s really no big deal. Again, not so little anymore…

This past summer, a very pregnant Barnie showed up at Martha’s house down the street, had 5 kittens and never left.  We found homes for a couple of her kids, but Martha has Maverick and D has Iceman.  They are happy hardass barn cats that we all love. 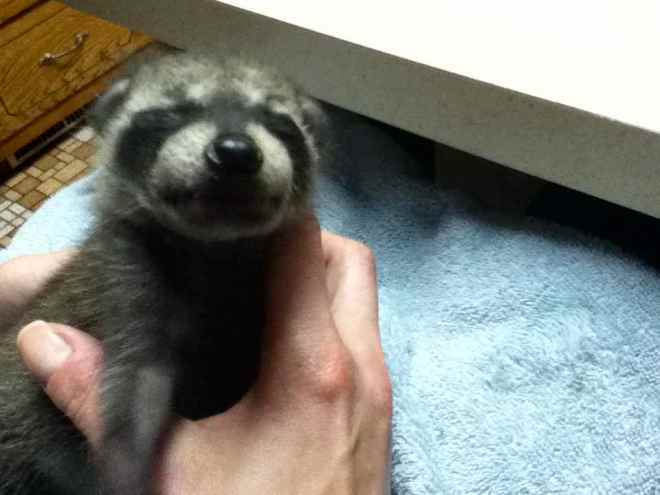 Enter stage left…Rickie.  A 2 week-old, eyes not open yet raccoon with a very dead mama.  She stayed at D’s house for several weeks and terrorized her dog and was bottle fed every 2 hours.  She has finally been placed with a DNR (Dept. of Natural Resources) reintroduction officer this past week.

This is a few hours after being rescued literally from the middle of the highway; traffic stopped so Martha could snatch her up before being flattened.  There were no houses nearby, she was deliberately dumped or accidentally lost, who knows.  But she is safe now.  Dirty, dehydrated, hungry and only 4 weeks old.  This time Martha got the job of bottle feeding every 2 hours. 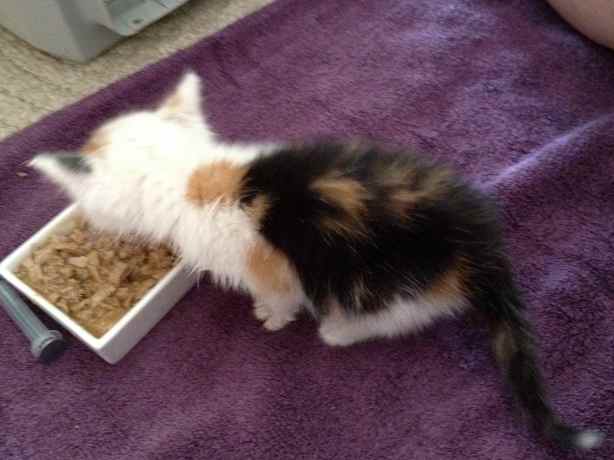 In just a matter of a couple of days, she is all cleaned up, eating and drinking on her own, and becoming more bright-eyed and playful all the time.  Yay!

Her incarceration is nearly over.  (Martha has a dog too – so Angel was sequestered to the kitchen.)

We found her a place to be.  She goes to a foster home tomorrow, and should be with her real family in about a week.

Score another one for the Badassy Marshmallow Gang 🙂

madly, passionately in love with yarn View all posts by yarnchick40